It all looks so peaceful on the land and in the greenhouses of Plantenkwekerij Kapteijns in Den Bosch… But is it really that quiet there? Well, the answer to that question is a resounding no! It’s all go behind the scenes, with owner Piet-Hein Kapteijns at the helm.

In the early days, Piet-Hein Kapteijns’ parents grew various types of vegetables on this site. As demand changed and it became possible to grow crops all year round, they added the nursery for gardeners. But the demand for young plants became so great that the company now focuses entirely on the propagation of vegetable plants and perennials. That means a lot of hard work – and every extra pair of hands is more than welcome! 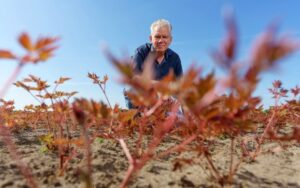 Those extra pairs of hands are supplied by AB Werkt, among others. Piet-Hein: ‘They have been providing us with a group of regular international workers since 2015. That’s fantastic, but, more importantly, this approach means that our workers can be properly taken care of. I focus on what happens here on the field, not on personnel matters, salary administration and such. But I do think it’s important that things are well organized for the workers. They have to work hard, so that’s the least they deserve.’

AB Werkt also takes care of the practical things that workers need to be able to do their jobs, for example, accommodation and transportation, but they also act quickly if individual problems arise. ‘The other day, one of the workers had a broken boiler so he couldn’t shower. You can imagine what it’s like after a long day working in the fields. When things like that happen, the workers can just get in touch with AB Werkt. They looked for a solution so that the worker could return to work the following day refreshed and rejuvenated.’ 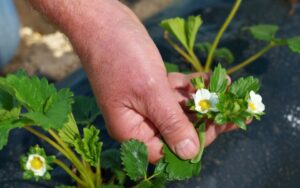 Although AB Werkt has already supplied Plantenkwekerij Kapteijns with plenty of good workers, it is becoming increasingly difficult to find enthusiastic recruits. Piet-Hein suspects that working in sectors like the horticulture sector still has a negative image – an image that is undeserved, because everybody seems to actually enjoy the work. ‘Last year, we took on a lot of students who had lost their part-time jobs in hospitality and retail due to the lockdown. Although it’s hard work here, they enjoyed it. You’re outside a lot, and you have fun together.’ Piet-Hein thinks it’s a shame that they went back to their old jobs after the pandemic. ‘But I get it. A trendy little café or a popular clothes shop always looks flashier on your CV when you’re young.’ 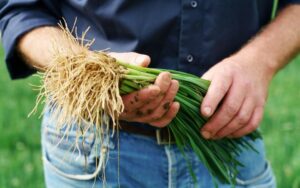 Besides the demand for good personnel, the demand for plant material is also on the rise. For Piet-Hein, quality and business relationships come first; he recently invested in a new building, he tries to operate as sustainably as possible, and he and his local growers swap land. That way, for example, his neighbours can keep their cows on a plot of land that he doesn’t need, and he gets good manure in return. He still gets a lot of satisfaction from his job, even though it’s not always easy, especially given the requirements and standards you have to meet as a plant nursery. But it continues to be a great profession: a job for life!

“Safety is a top priority here”

From warehouse to wardrobe: Modexpress sets fashion in motion