Pig farm Sanvar Oirlo BV trains employees for AB Werkt’s pool of temporary workers. Here, migrant workers learn the ins and outs of the trade and can therefore be more easily given tasks at other companies. After all, it is becoming increasingly difficult to find and retain personnel. “If you give someone a range of things to do instead of just the boring or unpleasant jobs, they stay longer,” says owner Han van de Sande.

At Sanvar, the new employees are introduced to all aspects of pig farming. “We teach them the basics in just two weeks,” says Han. “For example, checking and vaccinating piglets, feeding the pigs, and cleaning the pens. They also learn about birth care, weaning piglets, tail docking, assigning identification and registration numbers, and castrating piglets.” Han believes in giving new employees a variety of tasks to do and showing them everything that goes on in a pig farm.

No boring and monotonous work

“You often see companies employing migrant workers to do the monotonous, boring jobs,” he explains. “They spend the whole day cleaning stables, for example. It’s hardly surprising that people turn round after a while and say: ‘I’ve had enough, I’m not doing that anymore, I’m off’. We want to teach and show them many different things and let them experience those things. Then they can soon start helping out at other companies. And they don’t have to spend all day doing the same boring job.” 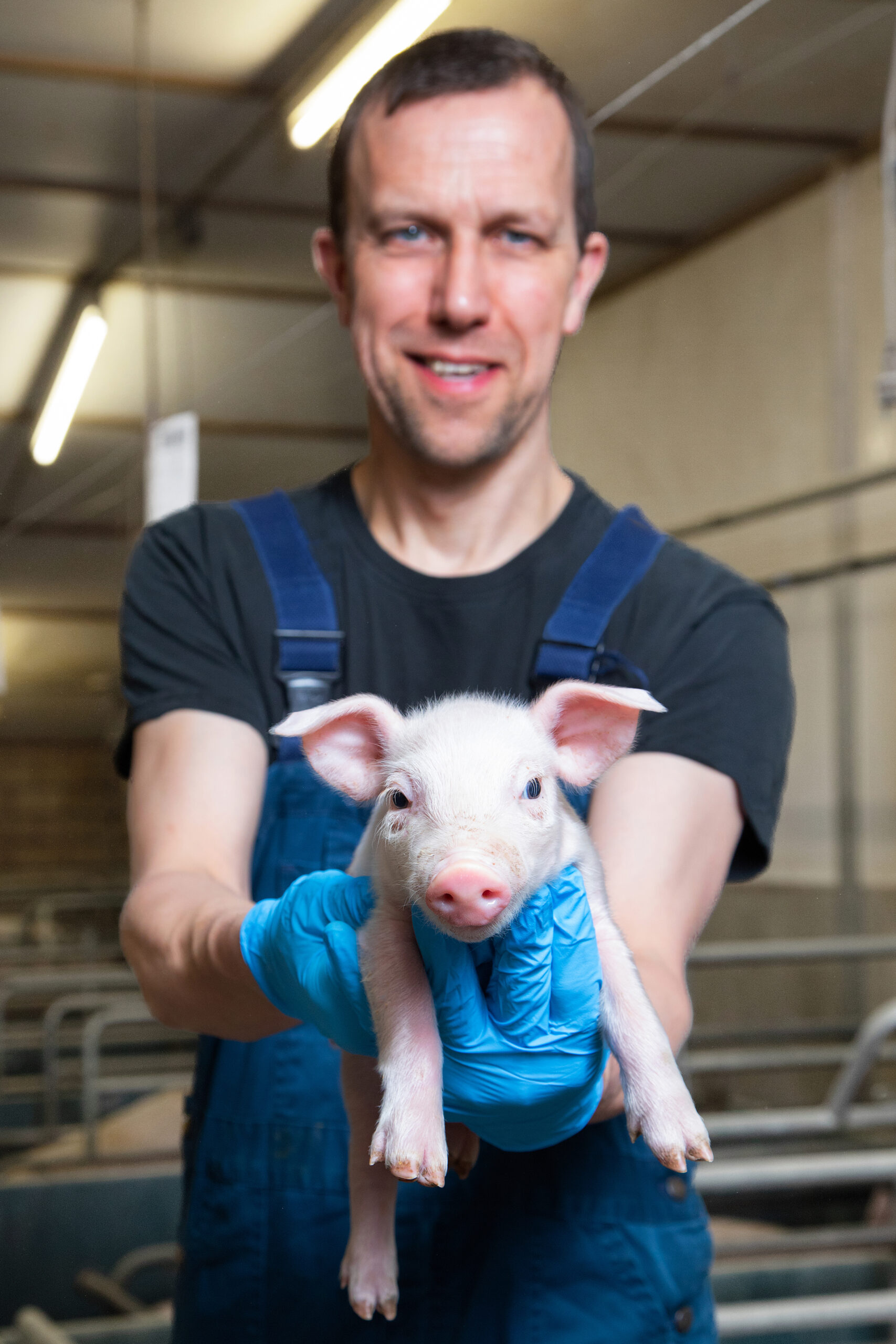 Why does Sanvar train new employees for the pool of temp workers? Han: “We enjoy teaching people about our trade, and it costs us very little to do. We want to teach them things that they can apply in practice at other companies. The labour shortage is getting more acute, and if we can contribute in this way, we will. We also think that foreign workers should be given a fair shot. Most of them are genuinely interested in learning something. If you take good care of your staff and let them do fun, varied work, you also get something back in return.”

Pig farmer Sanvar has been collaborating with AB Werkt for many years. It all started when Hans’ parents still owned the company, which was located in Best at the time. One of the two permanent employees is currently employed by AB Werkt. “We have a good relationship with AB Werkt,” says Han. “Everything runs smoothly, and things are going well. If they have people for the pool of temp workers, they get in touch. The migrant workers do have to speak either English or German, though.”

New employees for the pool of temp workers can’t start learning at the company right away, however. Sanvar is a specific pathogen free (SPF) farm, which means that the 850 sows and 1,100 fattening pigs are free of certain pathogens. To keep it that way, strict rules apply. For example, you first have to shower before coming into contact with the pigs, and you must not have been in contact with other pigs for 48 hours before entering Sanvar’s farm. That also applies to the new temp workers. So, they sometimes have to wait a few days before they can get started.

Han is proud of the high health status of his farm. “Our pigs are healthier, and they get sick less often. And if they ever do get the flu, they recover much faster because they have much higher levels of resistance.” Han’s pigs also need fewer antibiotics. “Good health is not only better for the pigs,” he says. “It’s also much better for us. Our pigs grow better, there is little disease, and there is less mortality. So it costs us less money, time, and energy. Healthy pigs simply make work more enjoyable. And they yield more, of course.”

But it’s not all plain sailing; sometimes the strict rules can be a stumbling block. Lorries can only load piglets and pigs on Mondays, for example, because they too must have been ‘pig-free’ for 48 hours. The same applies to veterinarians and feed consultants; they also have to wait two days before they can access the farm. “Yes, that can be a problem. But the disadvantages really don’t come close to outweighing the advantages of having healthier pigs,” says Han.

Plans for the future

Han moved the pig farm to Oirlo nine years ago. During the construction process, he took into account the health risks for the pigs. All the work is done inside, and ‘strangers’ can only access the front of the site, not the pigsty. His pigsty has two floors with a lift for the animals. In a few years’ time, Han would like to expand once again by adding a few more sows. And in the distant future? “One of my daughters is thinking about maybe taking over the farm later on,” he smiles. “That’s a real possibility.”

“Safety is a top priority here”